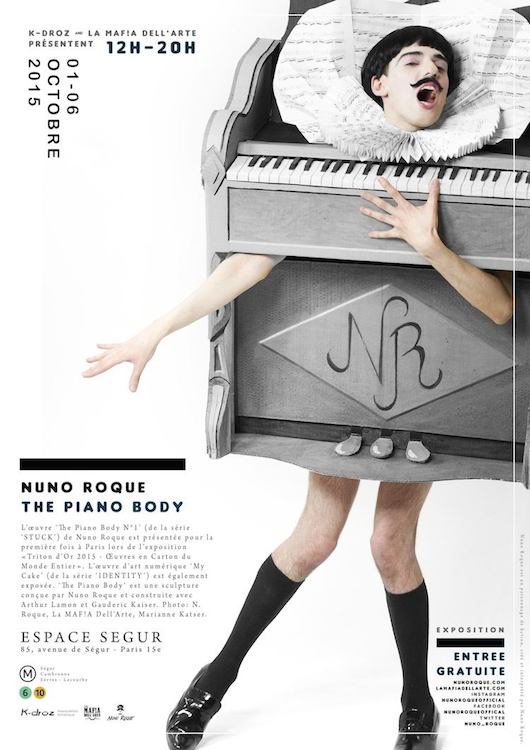 ‘The Piano Body’ by Nuno Roque to be exhibited in Paris

Nuno Roque’s The Piano Body from the STUCK Series will be publicly exhibited for the first time ever at the Espace Ségur Gallery in Paris (France) for six days only.

The sculpture has appeared in many photographic works and also the My Cake film. Using trompe-l’oeil technique (where realistic imagery is used to create 3D optical illusion), the sculpture simultaneously functions as a costume and an instrument. To read more on this work and the inspiration behind it, click here.

The group exhibition titled ‘Le Triton D’Or’ (The Golden Newt) will feature some of the best cardboard artworks from all over the world.

Nuno Roque and other members from La Mafia Dell’Arte will personally attend the vernissage on October 1st.